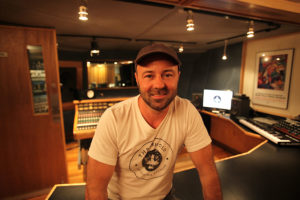 James Walsh is a musician, music producer, studio owner, artist & business manager based in NYC. He has owned and operated Threshold Recording Studios NYC, which he hand-built, on the west side of Manhattan in Hell’s Kitchen for over 20 years.

“I am passionate about directly engaging on all of our projects, making sure that every detail of the booking, staffing, production, and media delivery are taken care of to the highest standards- start to finish. It equally important to me to be available to advise clients and lend an objective ear to up and coming musicians (and parents too!) that come through the studio. This is probably the biggest added value of our studio services- a detail that significantly separates us from other studios- we are so much more than just a “recording studio! “

James started out as a performing musician in the 90’s music scene, playing guitar in original bands in NYC and beyond. After touring and “extended” visits in almost all of the exciting music scenes around the country, he settled back in New York and has since developed several successful companies covering many aspects of the music business (advertising, recording, publishing, production, management, booking). Over the years he’s been fortunate to work with many of the biggest names in Music, TV & film, Advertising, Fashion, and Technology- relationships that remain part of Threshold’s network through today.

James is also an Executive Board Member of the Road Recovery Foundation‐ an NYC based non‐for‐profit 501 (c)(3) dedicated to harnessing the power of the entertainment industry to mentor youth across a wide variety of adversities. James was instrumental in developing Road Recovery’s Music and Peer Support programs that run bi-weekly out of Threshold’s midtown facility. Recent Road Recovery advocates & program mentors include Duran Duran, Paul Simon, Eric Clapton, Buddy Guy, Ozzy Osbourne, Slash from Guns and Roses, James Hetfield from Metallica, Perry Farrell of Jane’s Addiction.

James operates as Executive Producer on all bookings at Threshold and is additionally available as a Music Producer and Project Consultant upon request.

James graduated from The City University of New York with degrees in Music, Accounting, and Psychology. 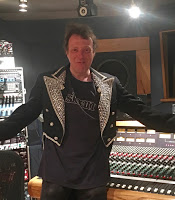 If you’ve ever been to the Bowery Ballroom, you’ve probably heard KENNY LIENHARDT at work. He’s been the Chief Engineer/PM at Bowery for over 18 years. He started his career in 1986 at Kenny’s Castaways on Bleecker St. and went on to Underworld, Street Level, and The Spiral before being tapped to join the crew at Bowery. Kenny’s first day in a recording studio was Mother’s Day 1982. He worked alongside David Lynch, Angelo Badalamenti, Julee Cruise and Studio owner Art Polhemus on Julee’s first album….aka the “Twin Peaks” soundtrack. And also engineered Free Kitten’s “Nice Ass” album (featuring Kim Gordon of Sonic Youth) in 1994, and the neo-hardcore classic “Mediocre Generica” for Leftover Crack in 2001. 2 albums, “Loose Mouth”, and “The animals will forgive us again” for Tigers and Monkeys, as well as Jones Crusher, Simple Lovers, Tara Angell, F minus and lots more. Kenny was named one of the “most essential New Yorkers” in 2006 by Time Out magazine, and has been interviewed by MIX, Village Voice, Bass Player magazine, Pro Sound News….he is an “unrepentant” gearslut, owning 100+ microphones and a trove of vintage recording gear…. 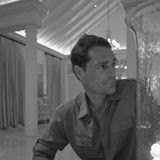 Over the last 20 years we have had many great staff and long term engineers and producers work with us at Threshold including: 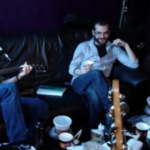 Jeremy is a producer, audio engineer, and multi-instrumentalist with a Master’s degree in Music Technology. In the past few years, he produced a number of successful independent artists that have gone on to record deals including Stargroves, Edelweiss, and most notably, Freelance Whales. Their critically acclaimed debut album Weathervanes lead to the band’s signing with French Kiss and Mom+Pop Records and saw multiple songs featured in shows on ABC, HBO, and national TV commercials. Weathervanes debuted in the top 20 on Billboard’s Heatseeker chart.

Since 2005, Jeremy has been an audio engineer and music producer, with most of that time spent at Threshold Studios. He’s worked with both independent singer/songwriters/bands as well as label projects, engineering sessions at Threshold for S-Curve artists Diane Birch and Care Bears on Fire. Jeremy engineered and mixed live sessions for many noteworthy artists in our studio as part of AT&T’s “Blue Room” series and the New York Times podcast “Popcast,” including Jonsí from Sígur Ros, The Black Keys, Grace Potter, Josh Ritter, The Morning Benders, Butch Walker, VV Brown, and Angelique Kidjo.

Jeremy has a BA from Rutgers University in American History and a Master’s in Music Technology from New York University. He lives in Fort Greene, Brooklyn.