Todd Alsup places TOP 5 in the SONGCIRCLE competition at the City Winery! 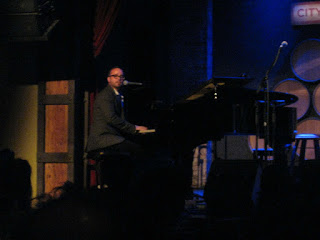 26 Nov Todd Alsup places TOP 5 in the SONGCIRCLE competition at the City Winery!

Congratulations to our artist Todd Alsup for landing in the Top 5 at the SongCircle songwriting and performance competition held in NYC this month. There were thousands of submissions- top 5 was a nice win.

Todd wowed the crowd with a version of ‘How I’m Made’ that just blew the doors off the place- prompting one of the other finalists to proclaim:
“I saw Todd Alsup last week, and I’ve never felt this way about a triple threat since Billy Joel. Read between the lines on this one — it could be this generation’s political anthem“