From time to time in and around all the great music we make here at the studio Threshold Recording Studios NYC plays host to some very well known people. These actors, musicians, and TV personalities are often here to record voiceovers for commercials, documentaries, films, and television shows.

Let’s see who has been here recently… 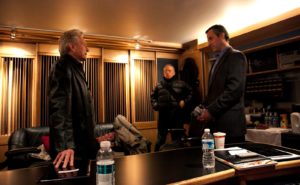 …and in the live room. Michael was here to record narration for a spot on global arms reduction, a cause he has been actively advocating for a number of years. 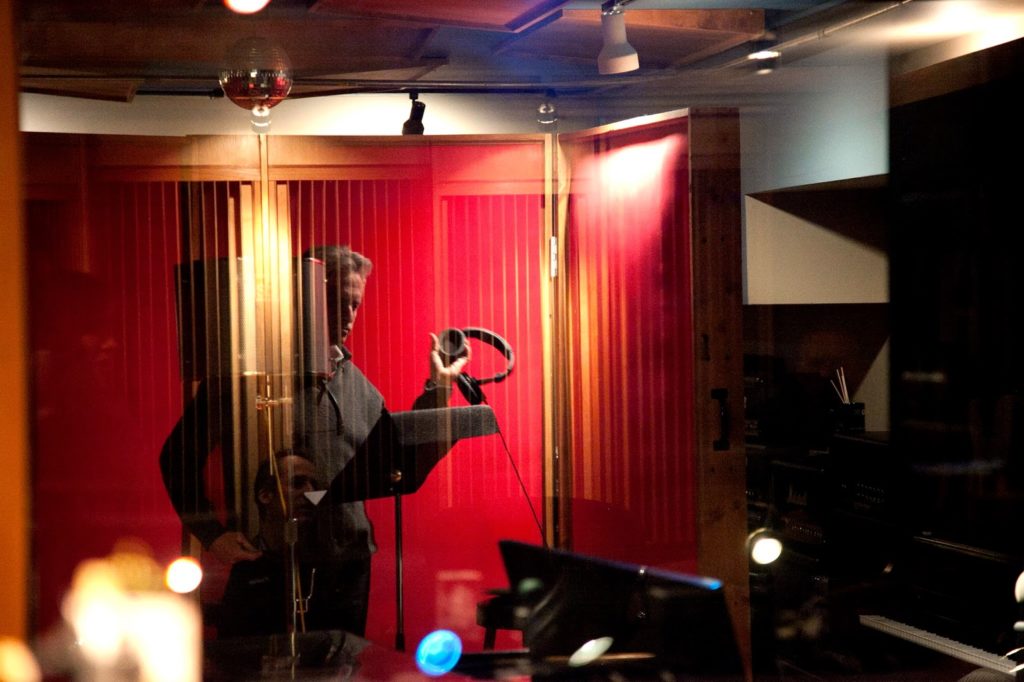 Below is Eve Plumb. Eve was here recording some ADR for a new short film she is featured in. She was still playing Jan Brady on the Brady Bunch around the same time the Trident Console behind her was built.

Owner James Walsh with Anne Burrell from the Food Network!

Recognize that guy in the middle? That would be Dominic Chianese.
You might know him as Junior from the Sopranos- or James’ favorite -Johnny Ola from Godfather 2.  Mr. Chainese was here with Bill Edwards for his www.westchesterallstarschristmas.com in benefit of wounded veterans.

Reg Cathey was here recording the narration for a documentary about the labor movement. You would know him from his roles in The Wire and as the owner of Freddy’s BBQ on House of Cards. 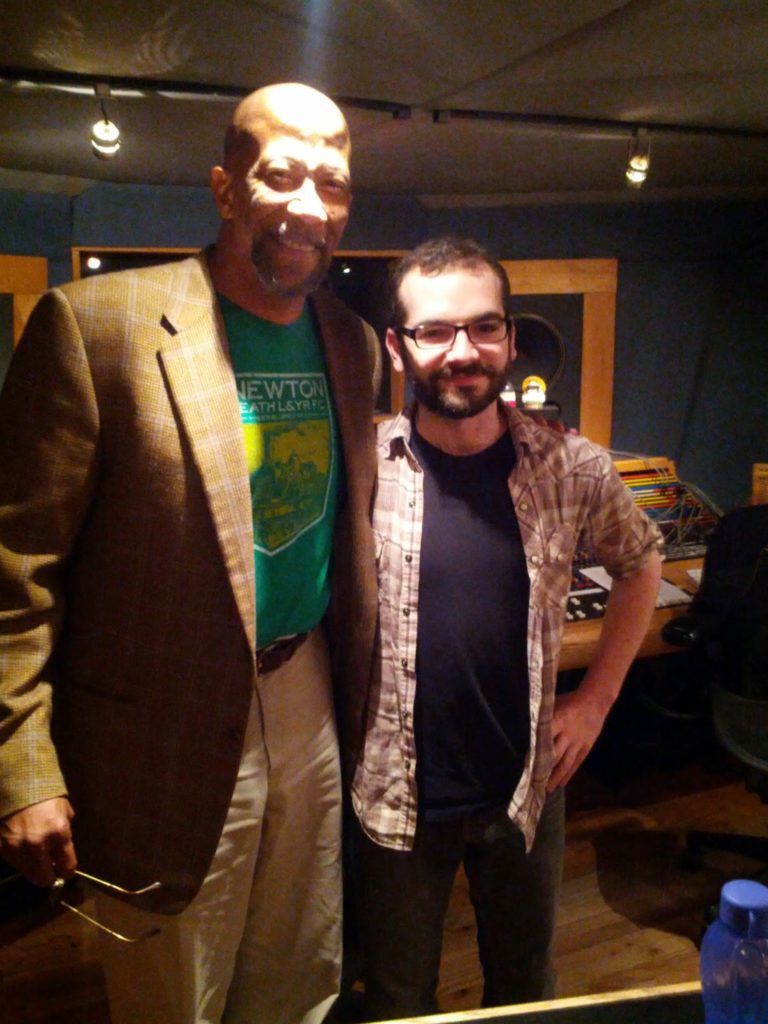 …and finally. No celeb sightings post would be complete without this one. You never know who will swing by. Or should I say Sting by? 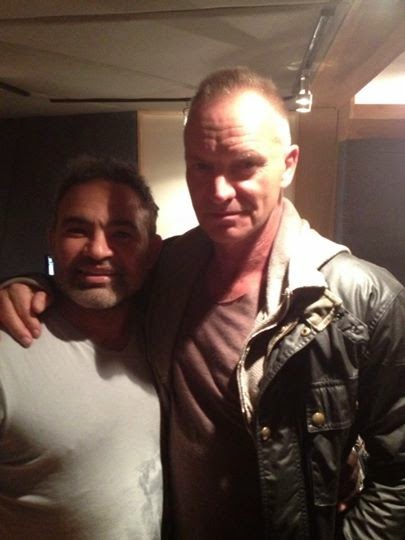